Mike’s Story: How the Fat-Burning Machine Diet Came To Be

I am a problem solver, by nature and by profession. For the last 28 years, I’ve been a political pollster and strategist. My job is to figure out what people do and why they do it. I’ve taken those skills on the campaign trail for high-profile candidates like Hillary Clinton and Mayor Michael Bloomberg, and I’ve had my share of success helping candidates understand what the public needs and wants.

But one problem I couldn’t solve was an issue in my own life. I was a fat kid who grew into a fat adult. For most of my life, I was engaged in a losing battle against the extra pounds that just seemed to appear out of nowhere. Year after year, pound after pound—no matter what I tried. And I tried it all. There wasn’t a diet I didn’t try–high carb, low carb. No meat, all meat. Supplements and shakes and bars. I did every diet for a while and then gave up when it stopped working. The fat always came right back, faster than I lost it, and I would even gain more than I had lost. When I turned forty I weighed 245 pounds and figured I’d hit 300 by the time I reached fifty.

My quest led me to Dr. Laura Lefkowitz, an incredible doctor specializing in nutrition and body chemistry. Dr. Laura Lefkowitz looked at my blood tests and studied my symptoms and for the first time, she put a name to my battle. It was called metabolic syndrome, and it involved a constellation of conditions—obesity, high blood sugar, high cholesterol and abdominal fat—that combined to make me store fat rather than burn it. It was a Eureka moment for me because I learned that my weight problem wasn’t my fault. Now I could fix the problem.

Dr. Laura Lefkowitz put me on a diet program to control my blood sugar. I began eating differently and exercising. I even hired a coach to help me train for the top item on my bucket list—running the New York City marathon. But a funny—actually, not so funny—thing happened to me on the way to the marathon. I started to gain weight. I was crushed and baffled. I was exercising harder than ever. But by the time of the marathon I had gained ten pounds.

What was wrong with my body? I refused to give up. I figured there was a missing piece to the puzzle that I didn’t know about. I went back into problem-solving mode, and that’s how I came to find Gale Bernhardt. 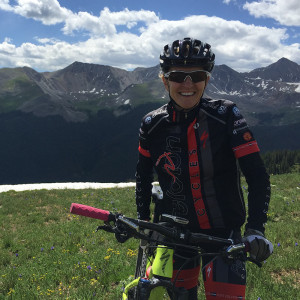 Gale is an Olympic Triathlon team coach–one of the pioneers and gurus of triathlon training. I’d been reading her books and following her blog for years. Now I sought her advice and discovered the missing pieces of the puzzle. Gale was working on a method of syncing diet strategies and exercise that used workout regimens that were different than anything I’d tried before. As part of her program, she modified the way I ate and had me do what she called “miracle intervals.”

Success! Working with Gale I finally became a Fat-Burning Machine. I was never hungry and the plan was easy for me to implement. The story of my success and her unique program is the basis of our book, Become a Fat-Burning Machine: The 12-Week Diet. We wanted to make this amazing breakthrough available to others. You might relate to my story, or have one of your own. No matter where you’re coming from, I promise you that the Fat-Burning Machine Diet will change your life. I invite you to take the journey and experience it for yourself.