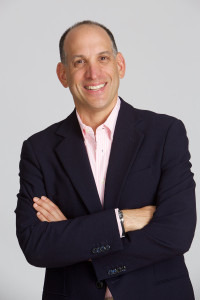 He is an internationally recognized strategic advisor and communications consultant and an expert in how people think and behave as consumers, voters and decision-makers. Mike has worked with political candidates in the U.S. and abroad. In 2001 and 2005, he was a strategic advisor for New York City Mayor Michael Bloomberg during his mayoral campaigns and led targeting and direct mail for Hillary Clinton’s 2006 Senate and 2008 Presidential primary campaigns.

In May 2009, he released a book with co-author Doug Schoen, titled What Makes You Tick? How Successful People Do It and What You Can Learn from Them. In 2015, he co-authored Fat-Burning Machine: The 12-Week Plan with former Olympic triathlon coach Gale Bernhardt.

Mike regularly appears on Fox Business Network’s Mornings with Maria to discuss political strategy. MSNBC called him “The Genius Pollster” on his appearance on The Cycle.

He was awarded The David Ogilvy Research Award in 2002 by the Advertising Research Foundation (ARF) for his global targeting and communications research. Mike is an accomplished author and former chair of the Gotham chapter of the New York City Young Presidents’ Organization (YPO).

Mike is a commonwealth scholar of the University of Massachusetts.

He is a New York City Marathon finisher and successfully completed the 2015 Ironman World Championships in Kona, HI.