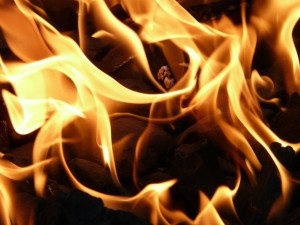 Ketone drinks are all the rage right now. People that are trying to separate you from your money want you to believe that gulping down a ketone drink  makes your body burn fat. That is far from the truth.

Some of you may be wondering, “What’s a ketone?” Ketone bodies are produced by low calorie diets, fasting, low carbohydrate diets or by using a combination of strategies. Ketones are produced because the body metabolizes fat stores and produces ketones in the process. This natural process describes endogenous ketones, or ketones produced within the body. If your body is a Fat-Burning Machine, you produce ketones naturally as a result of your diet and exercise program. The ketones you produce are used by your body as an alternate fuel source to glucose or blood sugar.

Ketones that come from some external food or fluid source are called exogenous ketones.

I reviewed dozens of studies on exogenous ketone consumption and not a single study showed that gulping down a ketone drink enhances body fat burning.

Drinking ketones does quite the opposite – it shuts down body fat burning. Your body is quite efficient and uses any and all easily available energy (ketones from a drink) instead of going through the work to produce ketones from body fat.

If someone is trying to convince you to gulp down ketone drinks as an easy way to burn body fat, don’t fall for it.