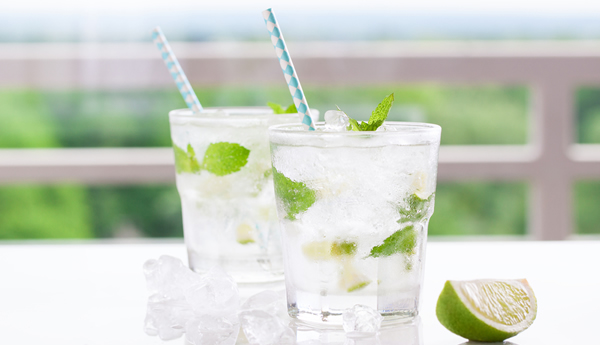 Let’s cut to the chase, alcohol plays a big role in your weight.

People that want to follow a low-carb diet are often told to drink red wine or spirits (vodka, whiskey, rum, bourbon or tequila) and soda water instead of beer. They are told to drink wine and spirits because beer has so many carbs. Let’s look at this party question a little closer.

A good place to start is to take a look at the nutrient profile of beer. A single bottle of craft brew, Odell’s 90 Shilling, contains 160 calories, 0 grams of fat, 0 grams of protein and 15 grams of carbs.

Now let’s look at 1.5 ounces of vodka, considered one serving size. It has 96 calories, 0 grams of fat, 0 grams of protein and 0 grams of carbs. You might be thinking, “Yahoo! No carb grams, I’m golden!”

If you look back at the beer example, you will note that with 15 grams of carbs, that’s only 60 calories of carbohydrates out of a total of 160 – the remaining 70 calories are alcohol.

Obviously if you limit yourself to one drink, then you are consuming fewer calories with 1.5 ounces of vodka and soda water than if you drink a beer. But calorie count is never the whole story.

It is important to know that when you metabolize alcohol, fat-burning is significantly reduced. In a study published by The American Journal of Clinical Nutrition, participants consumed a cocktail made from Vodka (84 calories) and diet lemonade (4 calories). Two hours after consuming this “low-carb cocktail,” scientists found that whole-body lipid oxidation, or their whole body fat-burning capability fell by a staggering 73 percent!

Fact: If you want to consume an alcoholic beverage with lower calories and lower carbohydrates, choose spirits and soda over beer. Consuming any alcoholic beverage, regardless of the number of carbs, affects fat-burning.

One thought on “Low-Carb Alcohol Choices: Fact or Fiction”